Posted by kabarislamiah ⋅ Juni 20, 2014 ⋅ Tinggalkan komentar
Filed Under  have, muslim, our

A little over a year ago, Hiba Krisht started writing about her experiences as an ex-Muslim and former hijabi (a hijab wearer who practices traditional conservative Muslim modesty) living in the US, using the pen name Marwa Berro. The 25-year-old had worn the hijab throughout her childhood and young adulthood in Saudi Arabia and Lebanon, but took it off when she came to the US; this August will mark two years that she has been hijab-free.

This week Krisht suddenly found herself in the media spotlight after she launched “The Ex-Hijabi Fashion Photo Journal,” a Tumblr she describes as “dedicated to celebrating body and fashion, specifically for those who have broken away from Islamic modesty requirements.” The day after she started it, she woke up to find a piece about it featured on Mediaite, thousands of hits on her personal blog, and her “social media feeds blow[ing] up with people who love the idea.” Having met Krisht briefly at the Center for Inquiry’s recent Women in Secularism conference, I reached out to her to find out more about the project.

VICE: How would you characterize the interplay between your atheism and your feminism and the decision to no longer wear the hijab?
Hiba Krisht: My move away from religion was very much driven by my inability to settle with women’s gender roles and modesty doctrines in Islam and other Abrahamic faiths. My body was constantly scrutinized and stigmatized. My behavior was policed in line with how my body was perceived. Too often Islamic modesty doctrines have bodies treated like a shame, with rhetoric in favor of the hijab comparing women to objects to be claimed and consumed, like pearls in oysters and wrapped pieces of candy. The Arabic word used in Islam to refer to body parts that must be covered up is ‘awrah (عورة), a word whose root means defectiveness, imperfection, blemish. In Arabic, women’s uncovered bodies are also referred to as fitnah (فتنة) to describe their temptation, the same word we use to refer to sedition, civil strife, and discord. These are words we grew up hearing in reference to our bodies and selves.

But my body is not an object of discord to be covered up. Many of us have left Islam or rejected its modesty norms because we refuse to be treated as such, refuse to have our hair and limbs hypersexualized to the point that we are considered a danger and temptation simply for having them where eyes can see. The move to celebrate the body and reject doctrines of modesty is one that I have seen openly embraced by many religious people as well.

What has been the most challenging aspect of being an ex-hijabi for you?
Although I wore the hijab, for too much of my time wearing it I was only behaving as a hijabi would, i.e., modestly, quietly, restricting my public presence, my voice, my interaction with other people, because I was compelled to by my family rather than out of conviction in those roles. I had to practice enormous amounts of self-suppression and control. I was forced to lie in every way—lie with my body, my actions, my face, my words—because I had to carry out rituals I had no belief in, had to agree with sentiments I abhorred and hold my tongue in the face of misogyny, racism, and homophobia. I learned habits of hiding and coding to cope, so that I could have outlets of warmth and human interaction on the side, so I could not just survive but live.

Every person has a different story, but I personally could not have imagined the damage that so much lying, hiding, and fear was doing to my psyche, how torn-in-two I would come out of it being. I could not have imagined how lasting and debilitating the effects of those years would be—the dysphoria that would develop, how disconnected I would feel to my body, how the ghosts of a fearful past still hid behind sudden knocks and late-night phone calls. I developed PTSD when I came to the States—a full six years after the most severe abuse I faced for attempting to defy my family occurred. My mind packaged a lot of things away to deal with later, and much of it has only come out now that I am free.

This is probably the strongest motivator for me—it is healing to have a space where we can talk about this, where we can have fun and take joy and pride in our bodies, reclaim them as ours, ours, and only ours.

As with many endeavors that progressive Muslims or ex-Muslims might engage in, there is always the possibility that it might be used to advance a right-wing agenda or even promote outright anti-Muslim bigotry in the US and abroad. What are your thoughts on this?
This is a legitimate concern. Anti-Muslim bigotry is a very real and unfortunate phenomenon—one, I might add, that ex-Muslim atheists are not immune to by any means, largely because it is based on blanket generalizations rooted in ethnicity, culture, and race that do not pass us by. Plenty of non-Muslims are subjected to anti-Muslim bigotry because they are assumed or perceived to belong to Muslim culture. We also resent having the past and present circumstances of our lives so grossly misrepresented and othered by right-wing rhetoric aimed at destructive divisiveness rather than fostering progress or change. We have plenty of reasons to be concerned with anti-Muslim bigotry, to condemn it, and to try to make sure that our endeavors are not co-opted in its favor.

The possibility that our work will be misused is always present, but it is work that is too important to set aside for that reason. There is too much progress to be made in securing basic freedoms in Arab and Muslim societies and communities everywhere, in supporting the right to religious dissent and apostasy. That’s not to say we ignore the problem. We hope that our attempts to bolster our work with reason and empathy, especially by discussing particular circumstances rather than generalizing about Muslims or Islam, will minimize this. We attempt to be very clear and open about our liberalism and anti-racism, to be staunchly on the side of asserting personal freedom and autonomy, for the godless and the godly alike. 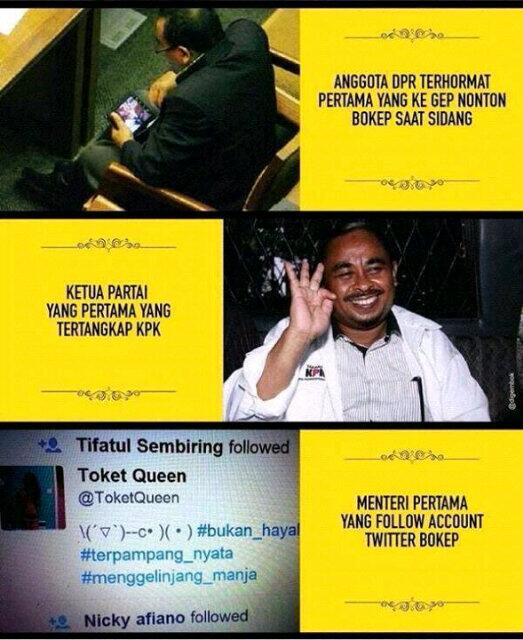